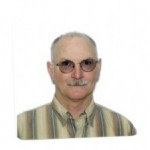 A Heart of Gold stopped beating,
Two hard working hands at rest,
God broke our hearts to prove to us,
He only takes the best

He was born June 6, 1956 to Hilton Delmar and Ruby Ramona “Coldwell” Zeigler at Sacred Heart Hospital in Eugene, Oregon. He was preceded in death by his father as well as his only sibling Randall Blaine Zeigler.
He is survived by his life partner of 16 years, Jean Faye, his beloved mother Ruby, his niece Kellie McDonald, her husband David and their three boys as well as his nephew Ryan Lee Zeigler, his wife Le Ann and their 2 boys.
Kevin enjoyed hunting, fishing, gardening, feeding the birds, squirrels, and especially the cottontail bunnies that he could walk right up to him in his yard.
Kevin graduated from Pleasant Hill High School in Pleasant Hill Oregon in 1974. He lived in Eugene, Albany, and Pleasant Hill where his best friend Dale Peterson introduced him to Jean in 2004. A match made in Heaven. They moved to La Pine, Oregon in 2005. Dale is also known for being Kevin’s cohort in much mischief in their younger days. Kevin’s dad was also fond of Dale and would sometimes join in the mischief!
Kevin was very fond of Jean’s two daughters, Sheena Franklin and Michelle Gordon who called him the Kevinator and thought of him as a much loved father figure.
Among Kevin’s many friends were longtime friends Dale and Teresa Peterson, Roland and Mona Glade and Steve and Stacey Swenson. He was a loyal friend and a hard worker all his life.
Kevin was a logger in his early days and still enjoyed cutting firewood with a passion. He was a member of Local 290 with an original initiation date of 12/31/1987 as a Plumber Apprentice with LU 290. He was a member for 33 years. His first job with Local 290 was with Twin Rivers Plumbing & Heating. Kevin thought of the Local 290 members as family. He always enjoyed attending the meetings at the Redmond hall and had a special place in his heart for Dave Burger the Local 290 union rep.
Kevin had a quick wit and a wonderful sense of humor that made his partner Jean laugh every day. He was known for always being willing to help a friend. Kind, good natured, and a man of few words. A man of honor who happily cared for his mother for the last 3 plus years.
He will be greatly missed by many.
Kevin’s ashes will be spread in some of his favorite places with the help of his friend Dale.
No public service will be held per his wishes.

Preserve the memories and special thoughts shared
by friends and loved ones with a Memory Book.